After only two days in Vietnam, I could already tell you where all the action was in the fast paced city of Ho Chi Minh – on the streets. No matter what your itinerary, type of transport, or grand tourist plan, nowhere else are you going to have as much fun as on a street corner. ..ok that sounds wrong but you get my drift. Need to prove it?

At first I thought we had just stumbled upon a rogue bar trying something new, but after walking around District 1, it seems the thing to do is have a nice seat on a bamboo mat right on the street corner and begin your drinking from there. It is where all the action is anyway, so who needs to be bogged down with chairs and tables? Not us tourists and certainly not locals. 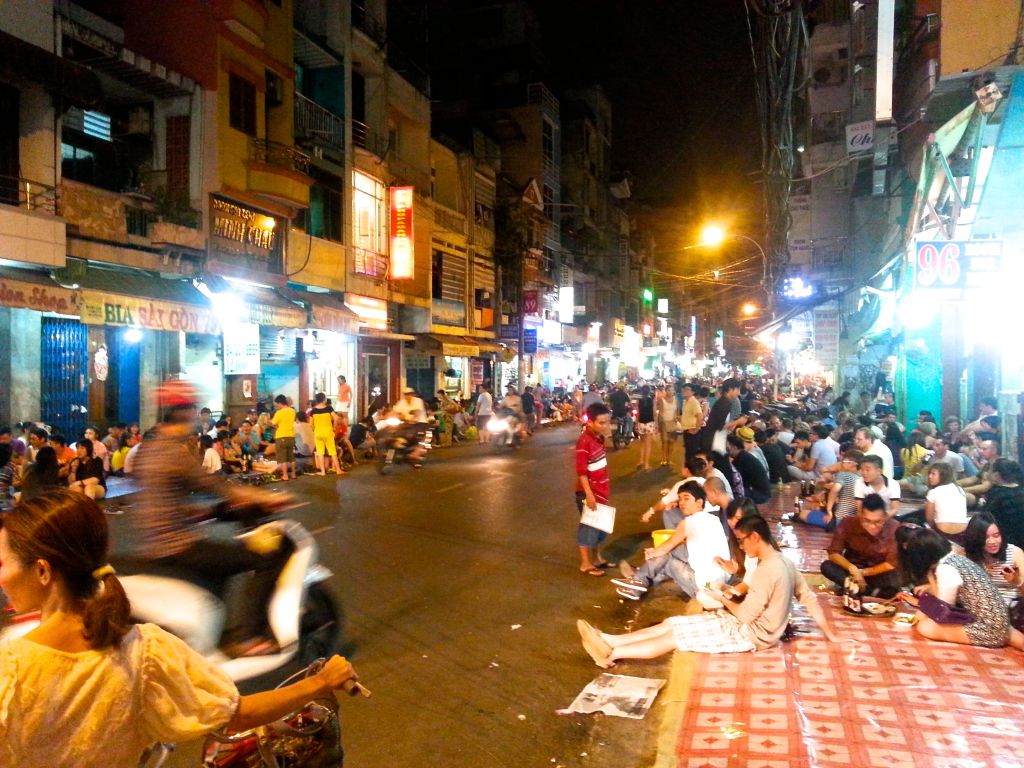 Want a fresh coconut juice? Want some jellyfish to snack on? Want a tour of the city via tuk tuk? Want a handmade Pho? The best, quickest and cheapest place to get all of these in on any street. With temperatures reaching 35 C on our trip, it’s easy to see why. Instead of dead heat inside of a stuffy apartment or home, locals flock to the streets for a bit of fresh air and excitement. Or at least that was why we ended up there. Plus, even a small city like Ho Chi Minh is walkable distance to all the sites, so why bother with more serious modes of transport. 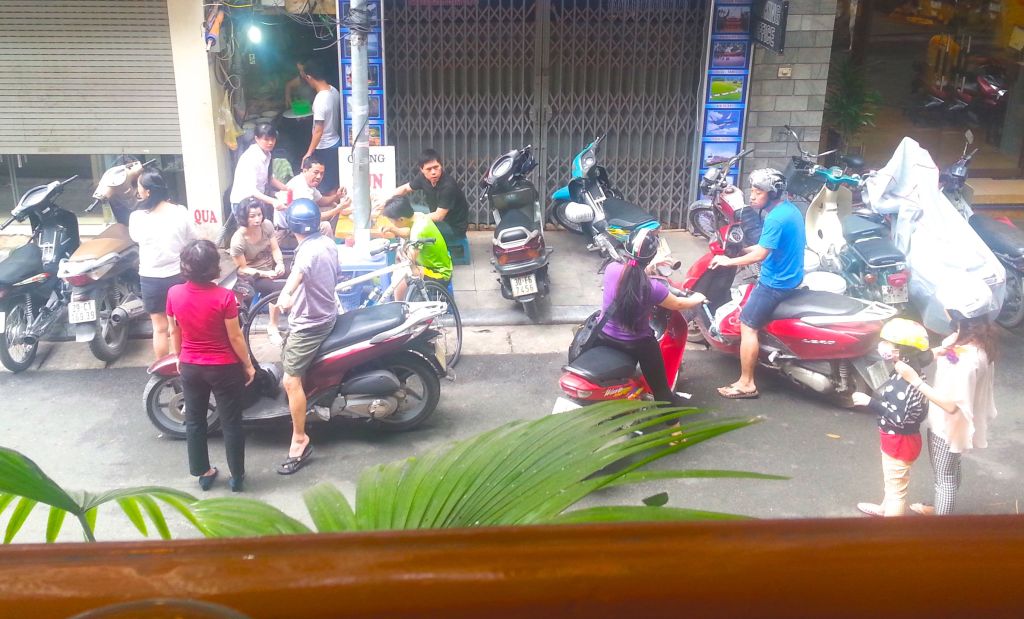 The motorbike- nearly everyone has their own. And why not? Moving in and out of traffic instead of sitting behind a long line of cars in quite enticing. And, as one of our tour guides on the trip said, “It’s the best way to get a girlfriend. The nicer your motorbike, the nicer your girlfriend.” Not sure if that is true, but I will say there was no shortage of men and their bikes. Whether its zooming down the streets, taking a nap or going fishing, these men are more or less attached at the hip so to speak. Was quite a site. 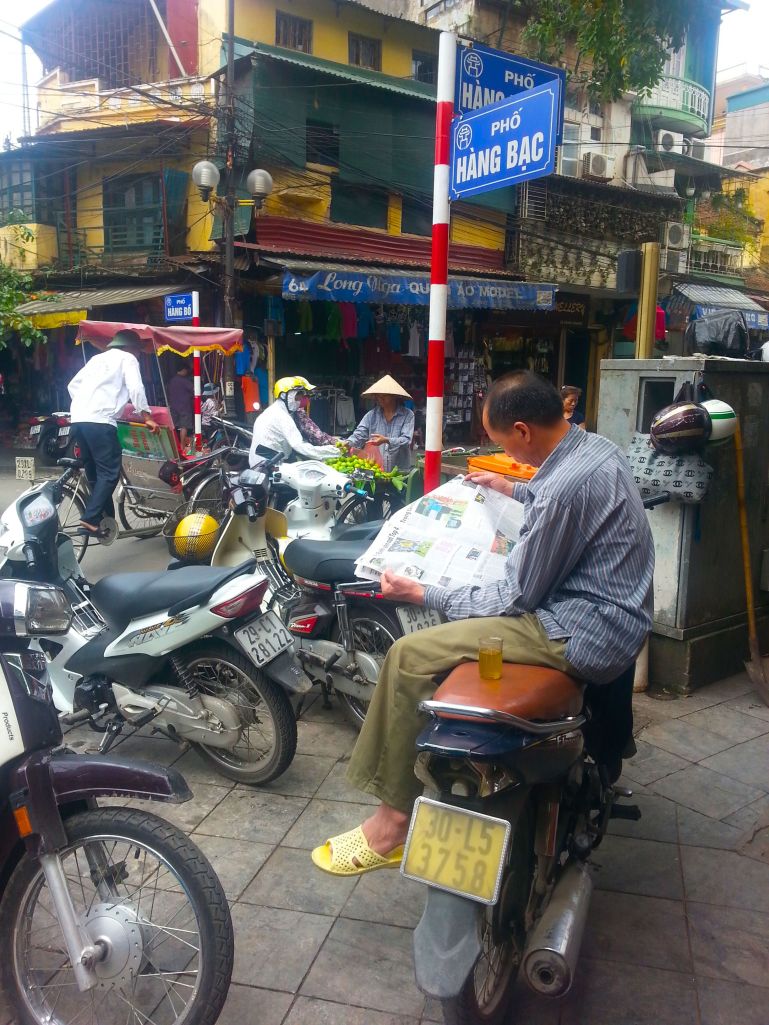 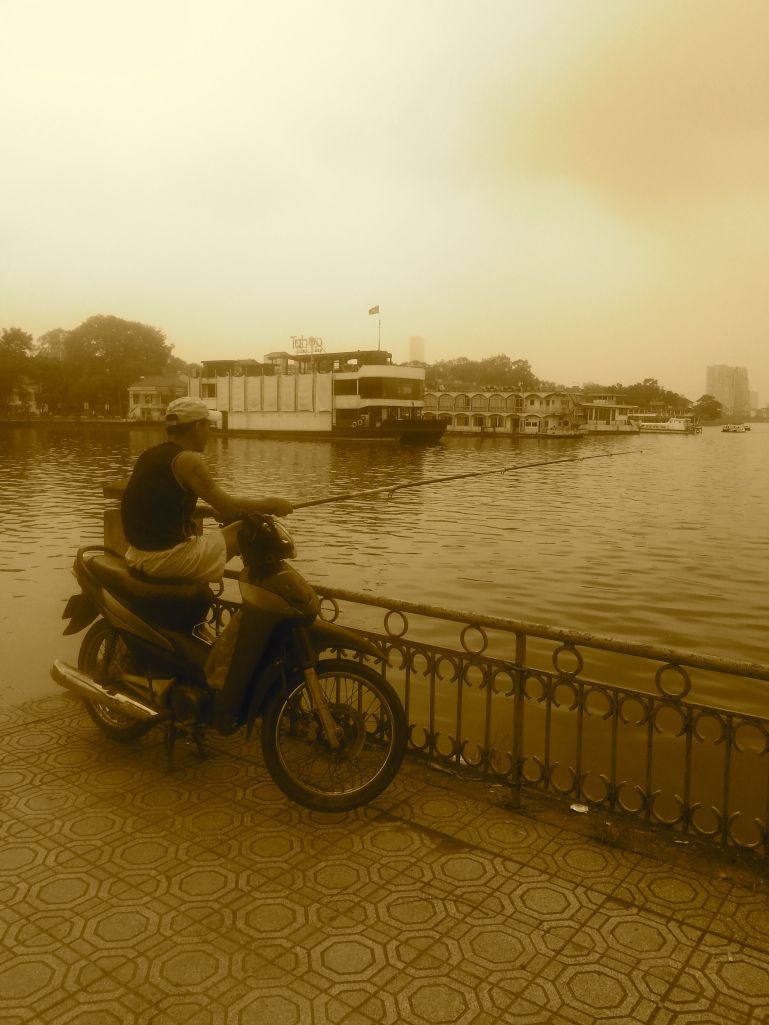 Have you been to Vietnam? Agreed with my post or have anything to add? Write in the comments below.

This site uses Akismet to reduce spam. Learn how your comment data is processed.